Says Rao, “Both Christopher and Ky-Mani, Claflin University students, were able to spend their summer at CNI thanks to funds provided by the SRP grant.”

Pictured below are Christopher Etteh (with hands in glove box) and Ky-Mani Miller who are learning to prepare and test battery electrodes. The aim of their research at the Clemson Nanomaterials Institute was to assemble working cells by the end of summer. 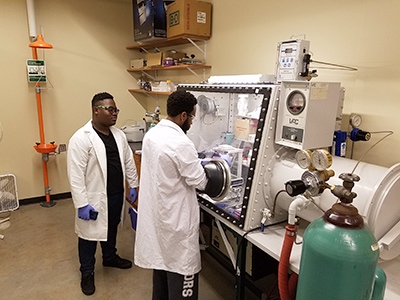 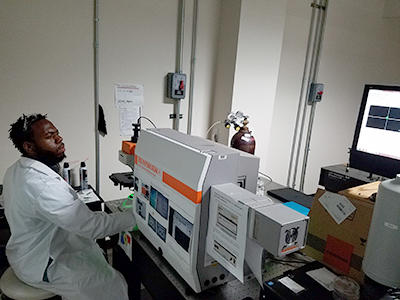 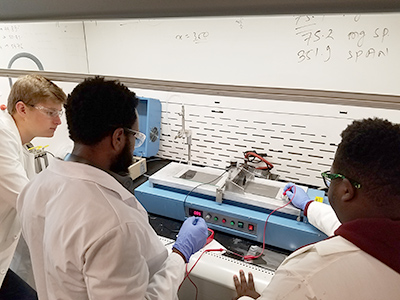 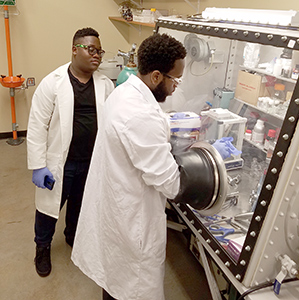 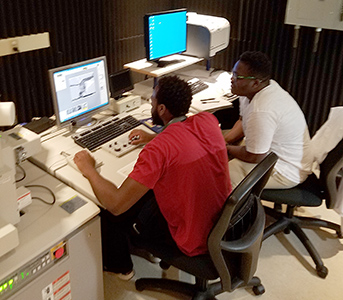